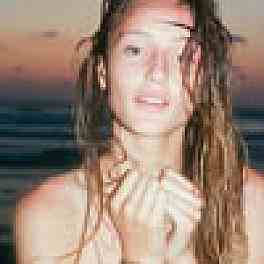 I love this author ! and this book is great! The reason this book first caught my eye was because the cover is beautiful. I have, of course, heard that I shouldn't judge a book by its cover, but I can't think of a single occasion when it has not worked out in my favor. Later I found out that John Green had given the book a good review, and I usually trust his book advice because he is made of awesome. Then I got the book as a gift on my birthday (which was amazing). So the universe obviously intended for me to read this book. I really liked a lot of things about this book, but I did have some issues with it. First I'll talk about the good things because I am a generally optimistic, happy, and overall wonderful person. The Good: 1) The pictures: The pictures were so fun to look at it, and as soon as I finished the book I went through and looked at all of them in detail. It was pretty cool that they were mostly unretouched original photographs that the author borrowed from collectors. I would love to find out more about how he picked the photos, and I would definitely want to more about the photo collectors. Apparently there are people who, as a hobby, will go through the giant boxes of old photos at flee markets and collect the ones that they like. It sounds so interesting. 2) Time traveling: I love time traveling stories. There are just so many ways you can explain things, and authors always approach time traveling in really unique ways. Ransom Riggs' take on it was very interesting to say the least. 3) The whole boarding school of weird kids idea: I know this motif has shown up a million times before, and that this book has been compared to X-men first class a lot, but I'm one of the few people who think that's a good thing. I can't get enough of this kind of story. Maybe it's because my own school experience has been relatively boring, but I have been loving stories like this since I first learned to read. 4) Jacob's relationship with his grandpa: I liked that Jacob was so attached to his grandpa, it was touching and one of the only parts of his otherwise bland and obnoxious personality that really soared through the page. 5) There's going to be a sequel!!!: When I finished the book it really didn't seem like that should be the end of the story, so I was really happy to find out that there would be at least one sequel. 6) When you take the dust jacket off, the book is red and beautiful. 7) The pictures. The Bad: 1) The pictures: I know I listed the pictures twice as a good thing. They were beautiful, and interesting, and I loved the idea. However, I kind of wished that the pictures revolved around the characters and not the other way around. I get being inspired by the pictures to create certain characters, but many of the characters in the book were underdeveloped and didn't have enough backstory. They were created just to fit the pretty pictures and that was a bit annoying. The author seemed to use them as a bit of crutch at times, which is probably something he should consider in writing the sequel. 2) Jacob is a whiny privileged brat, but not a consistent one: In the beginning of the book, Jacob was really starting to annoy me. His parents seemed relatively ok, he had a job, and money, and a friend, but he was just whiny and depressed and surly about it all. Then he suddenly becomes more articulate and uses random british terminology. Which was weird. I guess that could be explained by him getting older and wiser, but his surly teenagerness kept popping up at random times. I guess I'm just getting sick of whiny characters. 3) (view spoiler) 4) The writing: Again, I come back to the pictures. It was a great idea and the pictures were beautiful, but that does not mean that the writing gets to be second rate, which it was. The author/editor/publisher should stop thinking that showing a picture of a character gets you off the hook when it comes to character development. That is definitely not true, and I really really hope they consider that more in the sequels. Overall I really liked the book. It was beautiful (physically) and the story was enjoyable. The writing could be improved upon. It was pretty good and it definitely has the potential to be great.