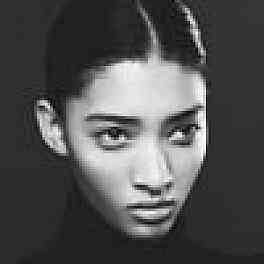 I was first introduced to Nalini Singh after a friend recommended her Psy/Changeling series. Having gotten up-to-date with the Psy/Changelings, I looked at her Guild Hunter series. Ms Singh had hooked me once, surely she could do it again... However, knowing this series ran through a completely different concept, I was hesitant to try it. What if it sucked me in completely when I have so many other challenge books to read? Or worse, what if it didn't? Angels don't appeal as sexy protagonists, after all... right? I started off with Angels' Pawn and was absolultey charmed. Here was Singh's gift for dialogue and world-building completely evident in a short novella. These angels were not at all "angelic" as I knew the term! I see sexy possibilities. Sign me up for a new series, I thought, and started Ange's Blood. My first disappointment came upon realising that it was not a continuation of Ash and Janvier's story from Angels' Pawn. But I liked Elena, and was intrigued by Raphael. More importantly, I really enjoyed the premise of this world, and how it differed from the preconceptions of angels and vampires that have been set up by other novels I've read in this genre. In fact, one of the things that appealed to me about the protagonists was just how imperfect they were. Elena comes with her own mysterious emotional baggage and Raphael is arrogant, often cruel and detached. Raphael evolves beautifully in this story. Just enough, I felt, to soften him around the edges and still keep some of the defining characteristics of persona. And he is sexy. And he does warm up :-) Elena didn't seem to do as much evolving emotionally though, and it was disappointing for me that the reader only gets glimpses of what some of her traumas consist of. There's sufficient to understand what it means, but not sufficient to feel like Elena has overcome her past to grow. The pacing of the novel is fast without hitting lightspeed and there's plenty that goes on within the story. Possibly too much. I appreciate that this is the first novel in a series. I appreciate that some groundwork needs to be laid. But one major criticism I have with this book is that it feels like the author is attempting to fit in too many details that will possibly be relevant in later books. I was trying not to make a comparison with the first Psy/Changeling book, Slave to Sensation. I realise one of the major differences in the two series is that this one focuses on Elena and Raphael for a few of the books, unlike the Psy/Changelings where although the backstory continues, the protagonists change with each subsequent novel. That being the case though, shouldn't it allow for more emphasis on the plot, and introduce the secondary characters more slowly? Don't get me wrong, I really enjoyed this read. I will definitely continue with this series. Ms Singh's talent shines through in the writing. It's possible though, that I was expecting too much.