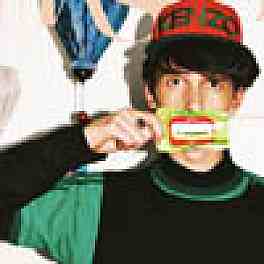 ** spoiler alert ** James Lovegrove’s The Age of Odin is a modern fantasy novel set in England (and, arguably, Asgard). Gideon Coxall is a retired British Army vet, let go after IED shrapnel left him deaf in one ear and with a titanium plate in his skull. After leaving the army, he did time for assault, losing his wife and estranging his son in the process. When his friend, nicknamed “Abortion,” tells him about the Valhalla Project, which promises £2,000 a week and doesn’t discriminate based on injury or history, Gideon decides to sign up. On the way to Asgard Hall, ostensibly in the north of England, Abortion wrecks the car. As the two escape the crash, Abortion is killed and eaten by wolves and Gideon rescued by three women on snowmobiles—the Valkyries. He soon discovers that the Valhalla Project is run by Odin himself, and Odin is gathering an army to fight Loki, who is masquerading as the President of the United States, Lois Keener. Lovegrove’s research definitely shows; he’s clearly read the Eddas several times very carefully. The entirety of the Norse pantheon appears, all with histories and personalities accurate to what is described in the Eddas, but the setting is completely modern, with guns, snowmobiles, and a Chinook named Sleipnir. Gideon helps the gods fight Ragnarok, with each of the prophecies about it coming to pass, though the monsters are replaced with mechanical equivalents (mostly because Loki found it easier to use the US DoD budget to build them rather than freeing the real Fenrir and Midgard serpent). Along the way, Lovegrove inserts a few conversations that explore the nature of godhood, the death and waning of gods, and other mythological/religious/philosophical topics. The book is a headlong rush to Ragnarok, led by a smartmouthed, fearless, berserker of a man who is aware of his own faults and intends to fix them. Although I picked it up to read for a class on Norse mythology, I thoroughly enjoyed it as a work of fiction, as well.