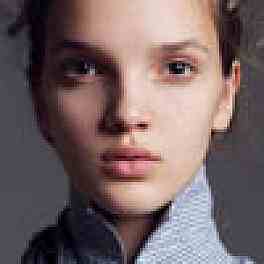 This book seems like three independent articles shoved together that have been heavily padded with introductions, explanations, and conclusions, but there are still some great stories and insights here. The three main chapters of the book focus on the EPA's regulation of diesel engines for trucks, the asbestos litigation bonanza, and the Master Settlement Agreement by the state attorneys general and the tobacco companies. Most of the discussion in each chapter, however, deal with either plain vanilla litigation or plain vanilla regulation, not the recent hybrid of the two. Most of the diesel chapter discusses regular notice-and-comment rulemaking after the 1970 Clean Air Act, like "smoke" rules in 1970, nitrous oxide and carbon monoxide rules in 1974, and the creation of the "Federal Test Procedure" (FTP) in 1979 that mandated real-world-like simulations for engine emissions certification. Only a small part of the chapter deals with the 1998 consent decree with the seven big diesel engine companies that pushed forward the stringent requirements for 2004 model year engine emissions to 2002. It seems like a small change, but by litigating a case instead of trying to issue another notice-and-comment rule, the EPA was able to work around the law that required at least four model years to be produced before emissions were upped. It also had the unintended consequence of forcing truck companies to "pre-buy" older models before the experimental 2002 models came out, which kept dirtier trucks on the road and probably worsened air quality. It is an interesting case, but it only makes up one part of this chapter. The asbestos litigation explosion is of course a fascinating and tragic episode, which has cost the country almost $100 billion since the mid-1970s (about half of it wasted entirely in lawyers' fees), but it seems to be just a metastasized example of normal class action lawsuit cases, not "regulation by litigation." The only regulation the authors can really find in this case is the tendency for plaintiff lawyers to manage some bankrupt companies (over 70 have gone down thanks to the litigation). Its a pretty slim reed to rest on. The one fascinating part of this chapter is how earlier silica tort cases in the 1930s were pre-empted by an expansion of workers compensation insurance to occupational diseases, but a 1973 Fifth Circuit decision (Borel v. Fibreboard Paper Products Corp.) allowed plaintiffs to get around workmen's comp by suing manufacturers (not employers) for harm. Nobody, and nobody, understood at the time the floodgates this opened. Finally, the Tobacco Companies' Master Settlement Agreement (MSA) of 1998 with the 50 state attorney generals is perhaps the preeminent modern example of regulation by litigation. Instead of rewarding putatively harmed consumers, the MSA created a $200 billion dollar tax stream towards future state budgets that mainly went to plug deficits and burdened non-signatory companies to proportional payments, which was clearly an attempt to cartelize the market for the big four cigarette corporations (Philip Morris's stock jumped 20% on the deal's announcement). Yet even here the regulation beyond the tax stream (masquerading as a "damages award") was minimal. Changes in FDA policy agreed to in the early MSA never materialized, simply because they were outside the realm of litigators to promise. I thought this book might be more about how agencies like the FDA and SEC are forcing new mandates on companies by lawsuits, or about the burgeoning use of "deferred prosecution agreements" in US Attorneys office to force private companies into line with the "public good" as US attorneys see it. Instead this book offers some fairly succinct stories about well-known lawsuits (the oddball diesel suit isn't well known, but most of the Clean Air Act stuff is). It's interesting, but someone else needs to write the real story behind today's tendency to regulate by litigation.