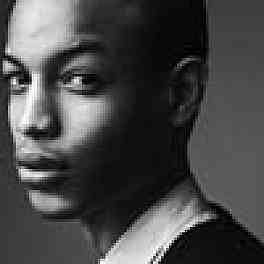 It's a good book. Better in my mind than his previous work, Last Light of the Sun. Kay is by far my favorite author. He also has framed my writing life, in many ways. I discovered that I could write about the time that I first picked up The Summer Tree, his first book. I still remember standing in the library in high school, holding the book and talking to my friend Tracy about it. Tracy, incidentally, was the reason I started writing, and the first person to ever read any of my fiction. I also remember that, clearly. Chorus. Three pages, blue folder. Beating heart. I was fifteen. Which, apropos, is the same age as the protagonist in Ysabel. On paper, it sounds a bit like a typical fantasy that's been done before, except that it's not. It's the story of Ned Marriner, a 15 year old Canadian visiting the Provence region of France with his father, a famous photographer, and his father's crew. While at a photo shoot, he bumps into an American exchange student named Kate. In turn, the blunder into a 2,000 year old story and Ned finds that his life changes as he learns more about himself and his family. This book seems like a bit of a change for Kay, since all of his books since Fionavar have been set in a fictional historical past. This book is quite clearly set in the present, complete with iPods and 15-year old boy-speak. Kay has a son, so that part is not as bad as you might think. It was a bit distracting at first, and the sad part is that it will date the book somewhat. But, it's not a new type of writing for Kay. It's more like a return to the old, back to when he wrote a trilogy about five Canadian youths being pulled into a world that was not their own. Ysabel stays rooted in our world, has that magic that the Fionavar Tapestry had, but with the maturity of twenty-two years of writing behind it, and the weaving in of history that makes Kay's other books so enjoyable. It also has that skillful telling of plot and events in such a way that at some point you feel yourself go cold, then warm, and then you're flailing at one in the morning, because you should have seen that coming, but you didn't because you were engrossed in the plot. Like you're supposed to be. In all fairness, I should have flailed earlier. There were certain things that were so familiar, but I couldn't put my finger on it until page 344, when it came into sharp relief. Though I must admit that in the first part of the book, I was watching how Kay wrote the book, as well as reading the story. In some ways, learning to write killed a bit of my joy of reading, because I *do* start to see what authors are doing, how they are dropping elements, clues, plot. The first part does move more slowly than the second, but it sets up the characters well. But at a certain point Kay's writing overwhelmed me, and I slipped into the story. That's a shear joy, to get lost completely in the book. I haven't had a flailing OMG! experience reading a book in years. Nor have I often stayed up far too late to finish a novel. Not since my childhood. And if I could write half as well as Kay, I would die a happy woman. It's a good book, yes. I think my only criticism was that toward the end, Kate, who was such a integral part of the first half, fades into the background, behind all of the other characters. But I'll forgive Kay for that because of what came to the foreground.